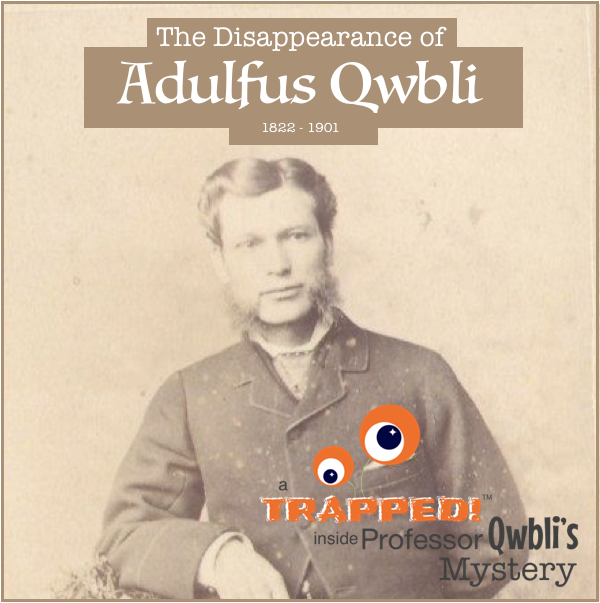 Professor Qwbli's was its third year at 406 S. Union Street in Old Town Traverse City, Michigan. Old Town is an amazing place with a rich tradition. Up until that point, they thought we had found the perfect location for their first brick & mortar location.

That sentiment started to change in Fall of 2019. It all started with strange noises, but with the building having been built in 1846, they just brushed it off. But some things just couldn't be explained. Workers started to hear a voice. Although they could not make out what the voice was saying, it was clearly trying to communicate with them. Several of Professor Qwbli students and visitors claimed to have heard the voice as well. They spent a months investigating but could not identify the source of the voice.

On October 5th, 2019, while working late, Professor Qwbli heard the door to the crawl space rattled. His first instinct was to run. But his curiosity won and he opened the crawl space door and was greeted with THE voice claiming, "The world’s fate is now in your hands!"

The voice repeated the statement three times and then it was as if a bolt of cold air burst through the crawl space door going right through Professor Qwbli as if something or someone was escaping. Gathering his nerve, he entered the crawl space and discovered.

Does the name Adulfus Qwbli sound familiar? The question is, does your team have what it takes to make the connection to Professor Qwbli and solve the case of The Disappearance of Adulfus Qwbli?

You may need to use more than 10% of your brain to wrap your head around this one! If you love mysteries, riddles, conundrums and brain-boosting, laugh out loud fun, then this event is perfect for your virtual party!